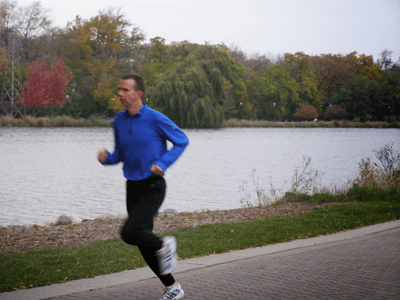 I was thinking of doing what would look more like a typical Monday post today with some content from last week. However, this week, some bad analysis of a study that’s been around for a while began appearing.

You may have seen the headlines: Fast running is as deadly as sitting on couch, scientists find or Too much jogging ‘as bad as no exercise at all’ or Stop that binge jogging! Three times a week is best for you… and too much is as bad as doing nothing

Whoa! Seriously? Sounds like I should reconsider my training routine. Or…maybe not.

Alex Hutchinson did a fine job covering this.

Yes, the conclusion of the study (that "strenuous" jogging is as bad as being sedentary) is based on two deaths over more than a decade of follow-up. (Thank goodness a third person didn’t die, or public health authorities would be banning jogging.)

To summarize, there were simply not enough "fast" or "high frequency" runners to have a statistically significant result. The basic concept here is a fundamental rule of statistics. There is always variability in numbers. There are always random events happening. In order to truly pick up trends, you need a large sample size. If you only sample 10 smokers and 10 non-smokers, you might simply by chance find that both groups have the same number of people who have died from lung cancer. Sample 1000 of each, though, and you’ll start to see a trend where smokers more frequently die of lung cancer.

The same thing is going on here. You had sample sizes of 413 sedentary individuals, 640 who ran less than 1 hour a week but only 50 who ran more than 4 hours a week. If you look at the raw numbers, only 2% of those who ran more than 4 hours a week died in the next decade. A far lower percentage than the sedentary subgroup (though other factors such as age came into play also). However, because there were only 50 individuals, you didn’t have a statistically significant result.

Somehow the media spins "not statistically significant" into "running a lot is as dangerous as not running at all". That’s not at all what this study suggests. It just suggests there isn’t enough information to be sure the results mean anything.

So don’t fear the headlines. Understand what this data really says. We simply don’t know what the numbers would look like with a larger sample size.