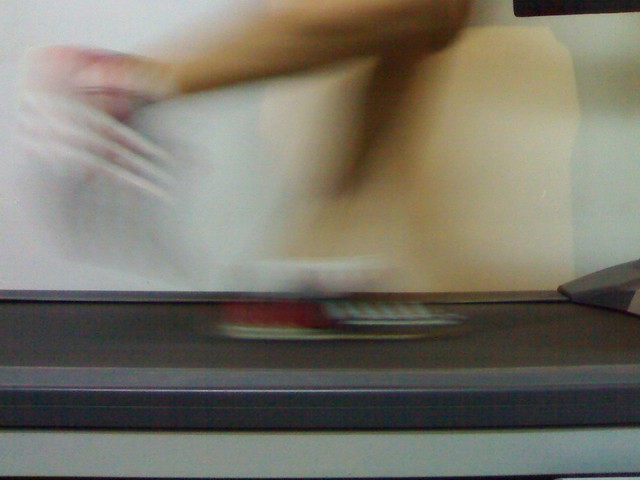 The Treadmill Pace Conversions chart is the most commonly visited page on HillRunner.com. It’s also the page that, by far, I receive the most inquiries about. I’d like to take some time here to address some of the most common inquiries. Below, in no special order, are the most common questions I receive about the chart and my answers.

What is the source of the data for the chart?

In the late 1990s, some post-graduate students gathered data from multiple studies done in the 1980s and 1990s. They used primarily data on oxygen consumption, comparing runners of various abilities running on outdoor tracks at various paces to the same runners running at various paces and inclines on treadmills. The oxygen consumption between methods of running was compared and the data extrapolated to produce this chart.

With the permission of these post-graduate students, I reproduced the chart on HillRunner.com, I believe originally in the early 2000s. Unfortunately, they told me I didn’t need to source them and I didn’t understand the importance of doing so at the time so I didn’t. After a couple computer crashes, I lost track of the original source. I’ve searched for it several times and haven’t been able to find it.

The numbers seem off, what’s up?

Especially at faster paces, I agree. The number do seem off, in some cases by quite a bit. My best guess is that, at faster paces, fewer data points were available because it takes a runner of pretty extreme fitness to run, to take the extreme, 12 miles per hour at a 10% incline on a treadmill. Anyone who knows statistics will tell you that fewer data points means more margin for error.

At more moderate paces, the numbers seem generally reasonable to me.

How should I use this chart?

My usual advice for using the chart is to consider it as a starting point. If you’re aiming for the effort of about an 8:00/mile outdoor run on level ground, then you might start at 7.8 mph at 0% incline or 7.5 mph at 1% incline. See how that feels and adjust as you feel necessary.

Remember, these are roughly speaking just averages of many runners. Some runners may find a specific setting easier than the chart suggests, while others may find it harder. In the end, I believe you should always trust your perceived effort level but this should give you a rough starting point.

Another way of using this is to consider how a workout went. For example, when I am on a treadmill, one of my favorite workouts to do is a hill progression. Every half mile, I increase the incline by a half percent without changing the speed. So, let’s say I ran a progression at 8.0 mph and got up to an 8% incline. How good of a workout was that? Well, I can use the chart to estimate that it was roughly equivalent to an outdoor progression run that topped out at roughly 6:00/mile.

Why is treadmill running different than outdoor running?

I’ve seen several reasons hypothesized. The one that seems to have the most evidence and make the most intuitive sense to me is that you aren’t moving through air. Wind resistance may not seem significant at 8:00 or 10:00/mile but that doesn’t mean it doesn’t affect you at all.

Can you put this into a calculator or expand the chart to include more paces/inclines?

The chart is not based on a formula and the data does not nicely fit a formula. So I don’t see any way to create a meaningful calculator.

As for expanding the chart, I suppose it’s technically possible to make some inferences. However, I have always been hesitant to do so because it would then misrepresent what it originally was.

If you have any additional questions, don’t hesitate to ask me. I’ll do my best to answer and, if a question comes up often, come back to add it here.